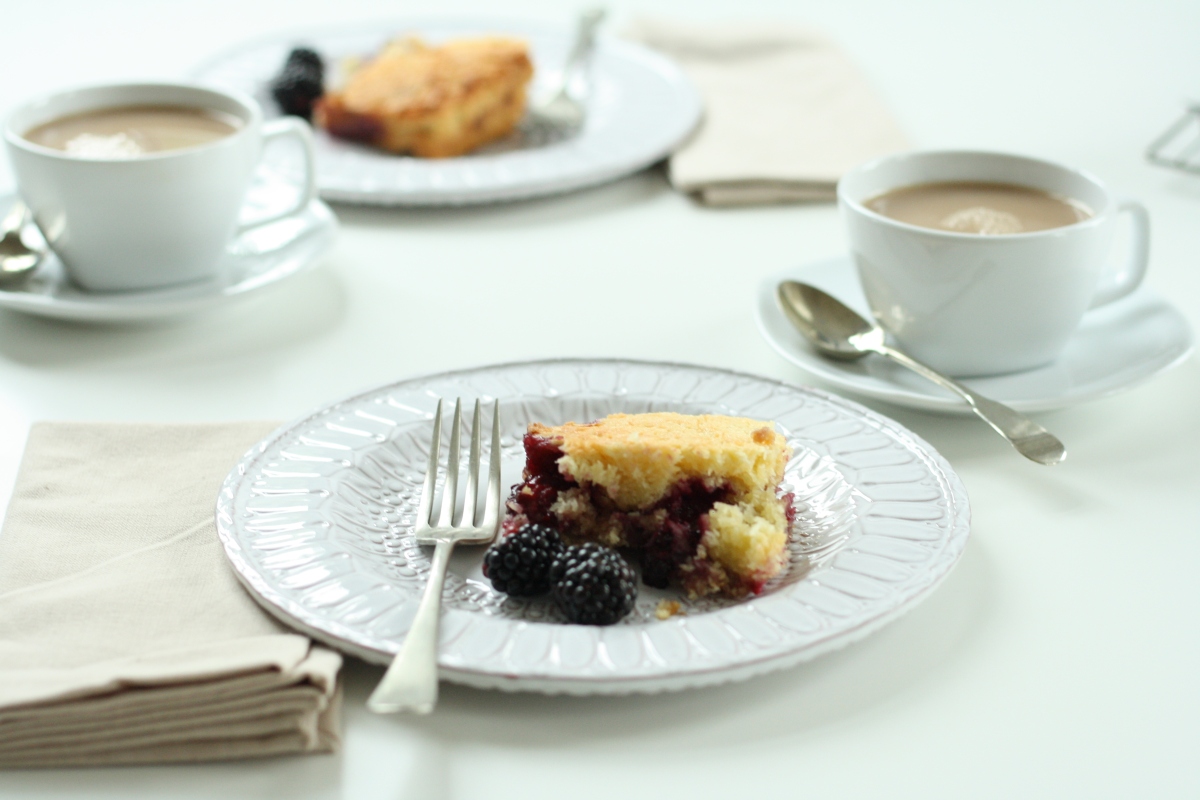 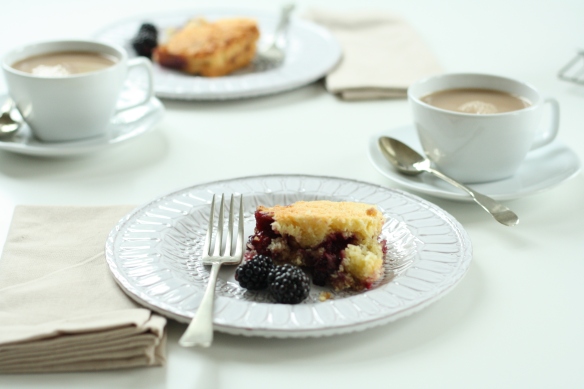 This weekend, with the sun on my face, I could almost believe that the summer was still here, but a cloud passed over, the chill kicked in and I had to accept the fact that autumn is upon us and winter is coming. (Quick nod to my fellow Game of Thrones nerds there!) But, my friends, do not despair for the start of autumn heralds the arrival of the blackberry.

I long to go blackberry picking, but being stranded in central London I’ll have to settle for foraging in my local branch of Waitrose, which isn’t quite the same thing. However, the supermarket does have the advantage of an ample supply of dessicated coconut, which the British countryside is sorely lacking.

After several happy hours spent leafing through a stack of recipe books, I came upon the ideal recipe to celebrate this wonderful fruit, in my trusty copy of Bill’s Food, by Bill Granger. 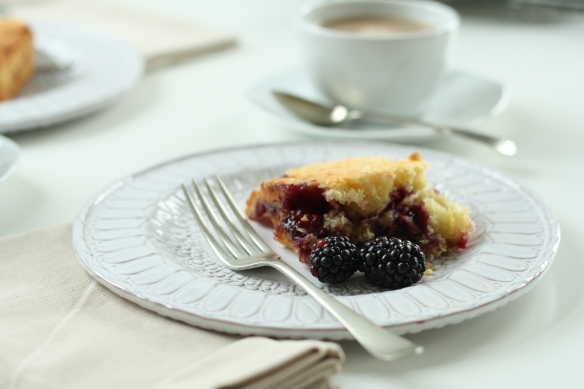 There’s something about Bill’s style that really appeals to me. There’s a relaxed air, that makes you feel as if whipping up one of his recipes will be an absolute doddle. And the pictures in the book are so irresistible, I find myself bookmarking every page. 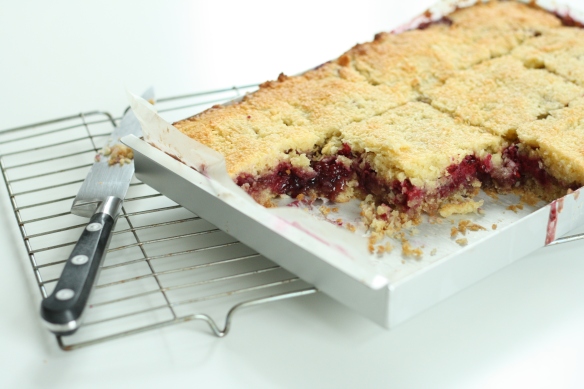 Sadly, a doddle this recipe was not. This was mainly due to my tendency of late to be an absolute disaster in the kitchen. Firstly, I was fool enough to line my tin and then grease it! Oops. This caused major problems when I tried to spread out the first cakey layer, the darned baking parchment kept sticking to the spatula and coming out. Argh the frustration! Lesson well and truly learnt!

Then, daylight was fading, the cake was still warm but I had to get those crucial pictures. So I preceded to remove a couple of squares from the tin, only to have them completely fall apart on me, leading to what I can only be described as ‘pitiful’ food styling. This cake clearly doesn’t like to be cut until it’s good and ready (and cold). Don’t make my mistakes people!

The mess was, however, totally worth it. The only way to describe these slices is like a crunchy topped coconut macaroon, concealing a tangy, sweet layer of blackberry jelly and whole blackberries (we’re talking the British definition of ‘jelly’ here, essentially a wobbly jam with the bits removed) and a moist, vanilla, sponge base. Utterly right in every sense.

Blackberry and Coconut Squares
From Bill’s Food by Bill Granger
Makes 12 – 20 (depending on how big you want to make them!)

For the filling:
175g blackberry jelly or jam
250g blackberries (I cut mine in half lengthways, as they were absolute monsters!)

First make the base. Cream together the butter and sugar in a large bowl until they’re light and fluffy, add the egg and vanilla and stir to combine. Stir in the flour, baking powder and milk.

Spread the base mix into the lined tin, right into the corners. Bill suggests using your hands (flour them first) which I didn’t actually notice, so I used a spatula and a spoon. Spread the jelly or jam over the base and evenly distribute the berries on top.

Now it’s time to make the topping. In another bowl cream together the butter and sugar until light and fluffy. Add the eggs and beat until thoroughly combined. If the mix is a little lumpy, don’t panic, trust me it’ll come out just fine! Stir in the coconut and 1 tablespoon of the flour. Finally stir in the rest of the flour and spread the topping evenly over the berries, attempting to cover them all.

Bake in the oven for 30 minutes until golden brown. Cover the tin in foil and cook for a further 5 minutes. Remove it from the oven and cool completely in the tin before attempting to slice it. Although, it tastes pretty fabulous when warm so why not make a mess like I did and tuck in with a fork!

9 thoughts on “Blackberry and Coconut Squares”